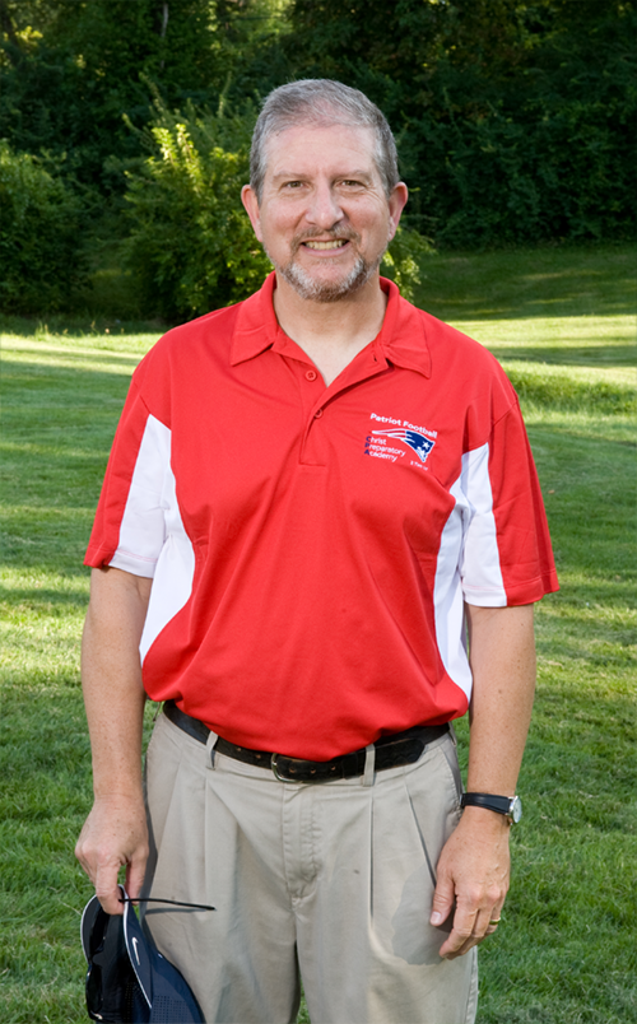 As a coach, “I want the boys to see that they are so much greater than they even know, because of what God has put into them,” he said. When in the process of looking for a football team for their son, the Bigg’s came across the Christ Prep Football program. The truly Christ centered focus and heart of the team was the primary draw. He had previously been an assistant football coach for three years with CCJAA, a Belton rec league. When they arrived at Christ Prep, he wanted to do anything he could to help, and as today, there was plenty of need.

In his first year of service in the equipment trailer, Bigg applied himself to bringing a higher level of organization to the program and tending to the various needs of the players. The following year he was invited to help coach the Junior High team, which he did for two years. He’s coached Varsity for the last three years, runs the equipment and administrative side of the program, keeps the boys patched up, helps drive to away games, manages and designs the game program, and so much more. While the needs that God has placed in front of him might not be the most glorious, Bigg approaches his role with humility. “I help these sweaty boys stretch, wrap & tape them, and I help with their injuries,” Bigg said.

Bigg cites his wife, Kimberly, as both his inspiration and his support. “She is the hardest working person I have ever met. Kimberly and I are the kind of people that can’t just drop off our kids and not be involved,” Bigg said. “I needed Kimberly’s help with football." "She’s a huge part of the equipment trailer being the way people see it right now."  If you have been here more than 5 years, you know the gigantic leaps made for the program. Using the gifts that God has given him, Bigg does everything he can to lift the team as a whole. With this spirit, he encourages and allows the other coaches to pour their hearts into the young men on the team as well.

"I’ve learned that my dreams may not be the same as God’s plans, so I pray for the grace to do the jobs that He has for me; to serve where He needs me."