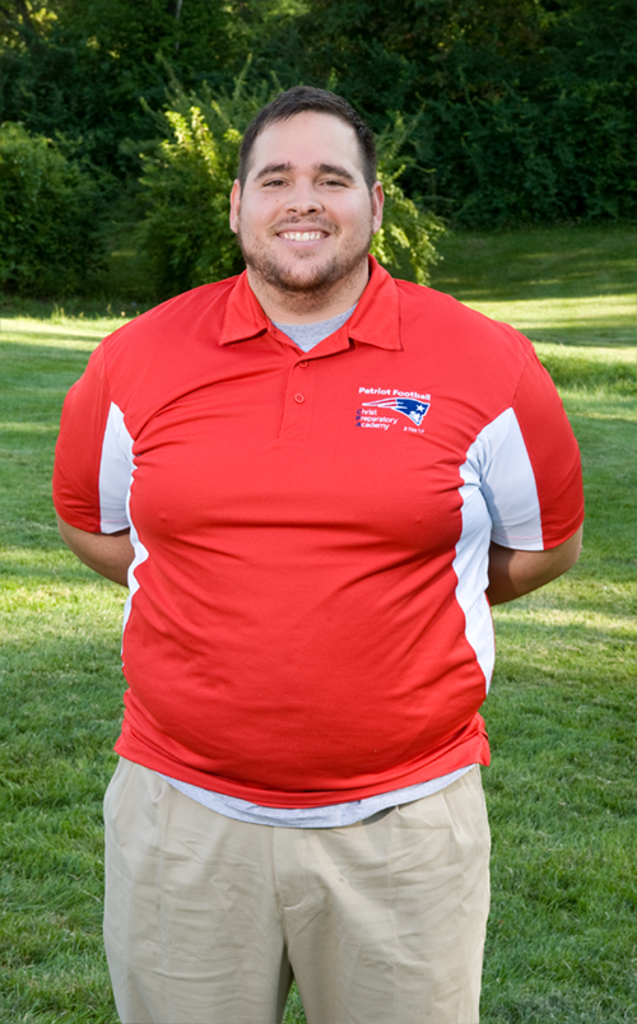 At the helm of the Junior High team, Josh Burton continues to develop athletic excellence in his players while building men of character. In so doing, he carries on the legacy set in place by his father, Dick Burton, who established the Christ Prep football program in 2003. Burton is the youngest of eight sons, and he has two sisters. His mom homeschooled all 10 children and his father created this program for his sons. Five of their eight sons played football for Christ Prep, including Josh.

After his varsity career at Christ Prep, Burton went on to play for Highland Community College and Greenville College as an offensive lineman. Burton was the captain of the Christ Prep football team in 2008 and 2009. And he took that inclination to lead with him to college. In Greenville, Illinois, Burton coached a fifth-grade football team for one year. He also volunteered in a program for at-risk youth in the Greenville community. As head coach of the Junior High team, Burton devotes his time to helping his players learn to take on fear and adversity, because life inevitably brings adversity. “I want to help young men learn how to take on their adversity,” Burton said.

His aim is to combat what could be a general passivity among young men in our society. “As Christians we’re called to be violent in the right way,” Burton said. This can be exemplified on the football field. He teaches his players to strive for excellence in their football skills and focus. “As Christians we are called to a higher standard to live by,” Burton said. “I believe that standard should be applied not only to the big areas of our lives, but in every area.” Burton works full time in sales and enjoys video editing and digital media production. But he remains dedicated to his role as a football coach for Christ Prep. “God does not ask for part of us,” Burton said. “He asks for all of us.”

"Too many people try to avoid adversity, and I want to help them tackle adversity head- on in a Christ-like manner."