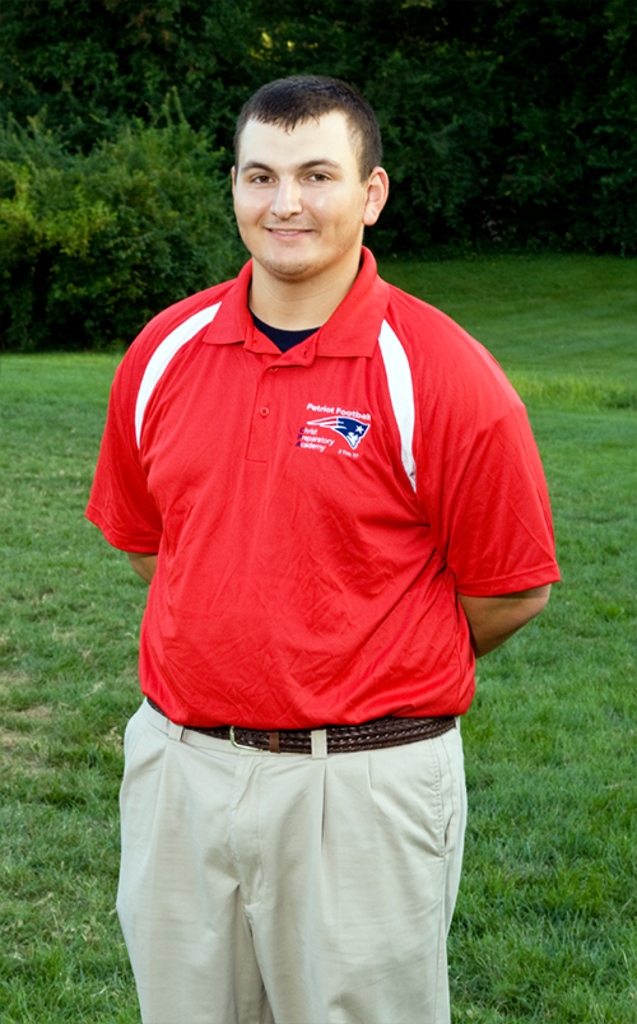 Ewan Cornstubble played for the Patriots from 2014-18. His senior year he was a captain of the already-legendary team that fought together to win the 2018 NHFA National Championship. Still holding the national title, Cornstubble felt compelled to return to Christ Prep for the 2019 season to serve as an assistant coach.  "I’ve been invested in this team for a long time. I’ve gotten to know the younger players and I know a lot of their stories. I wanted to see how they finish.”

When Cornstubble started playing for Christ Prep in junior high, he said he would learn skills at practice then come home and teach them to his younger brother, Finn. “I’ve been coaching my brother since he was really young,” Cornstubble said. One might say leadership roles come naturally to him as he also helped with some of Finn’s baseball practices and spent a couple years as an Awana game leader. Since Finn is playing for the Junior High team this season, Cornstubble said it’s been a good way to spend time with his brother. “I treat him as a player and he treats me as a coach,” he said. “Sometimes after practices he’ll ask me how he did and I’m honest with him.”

As a coach Cornstubble wants to impart persistence to his players. “I don’t want them to give up,” he said. “I love being with the players helping them to be the best they can be. I’ve tried to do that since I was a player with the younger guys on the team.” Cornstubble has an Associate's degree from Johnson County Community College and he’s working toward his Bachelor of Science in Information Technology at the KU Edwards campus. He ultimately plans to work as a network administrator. “I’ve planned this all out, so I can continue coaching at Christ Prep through college and into my career,” he said.

"I feel like I’m answering God’s call. Since the end of my sophomore year I’ve felt like coaching is what I’m supposed to do."