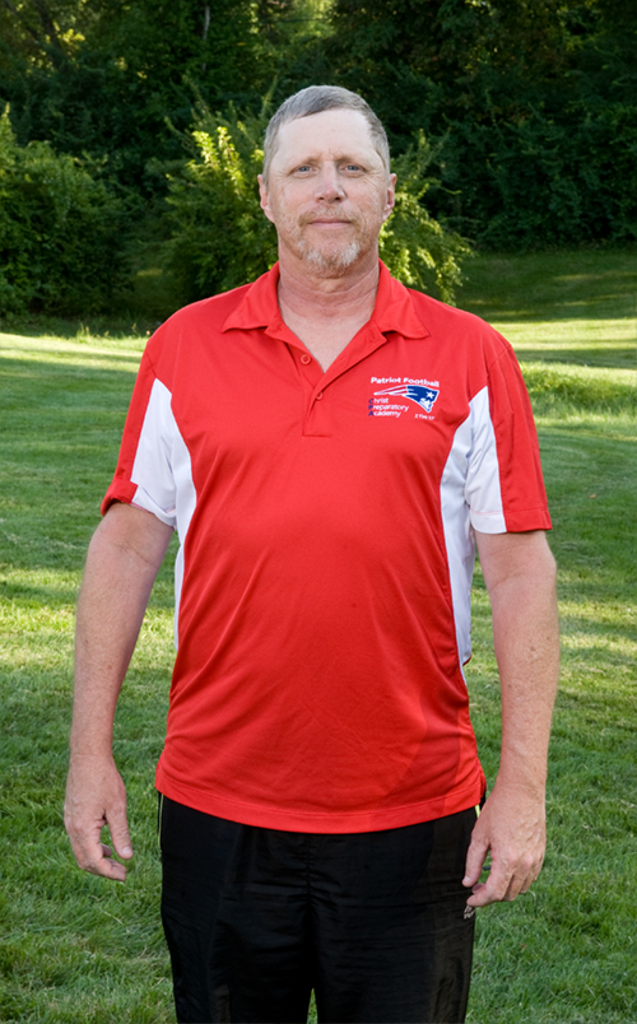 Motivated by his desire to mold young men into godly character, Jay Geeding has been coaching Christ Prep football since the program’s inception. His commitment as a coach is evident in the way he interacts with the players. “It’s all about the kids,” Geeding said. “There’s no other reason why I do it.” Geeding is one of the founding coaches of this organization. According to Geeding, one of the players he’d previously coached at Shawnee Mission North became homeschooled and joined Coach Dick Burton’s team the first year of the Christ Prep football program. Geeding’s former player started right away at middle linebacker, and Burton was impressed with the player’s skills. When Burton inquired about the player’s previous coach, he found Geeding and asked if he would help build the Christ Prep football program. After meeting some of the players, Geeding agreed to join the program.

He was especially drawn to the character and attitudes of the boys who came out to play. “The kids we get are good kids,” Geeding said. “Molding and shaping them into men is what we do.” When the Christ Prep football program began in 1999, it was operating out of Olathe Christian School. In 2003, it became Christ Prep. Geeding was the Offensive Coordinator from 1999-2011, and he has been Defensive Coordinator since. He genuinely cares about his players and he cares about their developing faith. He especially wants to provide an example for them as a man of faith and to, “Use the sport as a tool to teach God’s word.” Geeding started playing football in the second grade. Growing up, he played every sport that was available to him: football, baseball, basketball, cross country. His history of leadership has been mostly sports-related: He’s coached baseball, basketball, and obviously, football. His dedication to the young men of the Christ Prep program can be summed up in his stated desire, “To build godly character in men.”

"The kids we get are good kids,”. “Molding and shaping them into men is what we do."