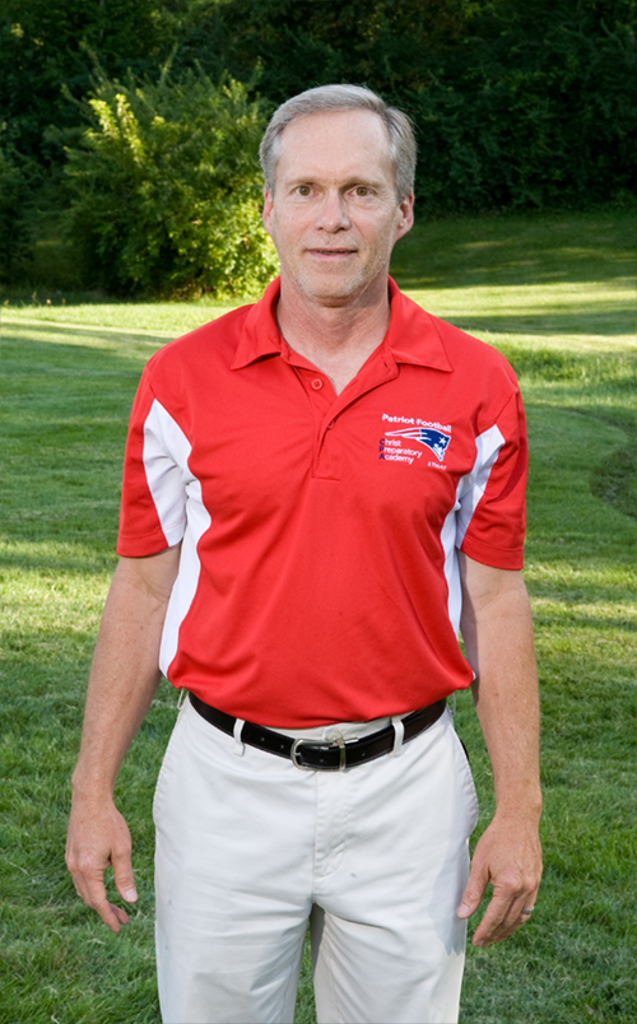 Tim Hammack thrives seeing the boys grow into more mature young men through playing the game together. He especially enjoys doing so among the company of like-minded coaches whose priority is to please God. Hammack came to the Christ Prep program in 2004 when his daughter ran track. She was also a football cheerleader. He coached sprinters in the track program and came back in 2008 to coach football. He believes faith is especially critical in building the character traits he and the other Christ Prep coaches desire to see in their players.

As a young man, Hammack pursued sports with gusto. He’s been throwing a ball of some sort for as long as he can remember. Hammack started playing team baseball (no T ball back then) at the age of five. In Junior High, he started playing organized football and basketball. In high school, he was a four-sport athlete: football, basketball, baseball, and track. But it’s been no contest for his favorite sport. Since he started playing it, football has always been his favorite.

Hammack and his wife, Stephanie, have three adult daughters. In addition to raising their daughters together, Tim and Stephanie have led church youth groups and young adult groups in the past. Maintaining a healthy balance between football and the other responsibilities is a challenge. Hammack acknowledges that during the four months of the season, hours can be scarce, and he owes a lot to the support, encouragement, and grace of Stephanie. "Faith is the foundation that everything is built upon,” Hammack said. “Apart from faith I probably wouldn’t be coaching. My desire is that my faith would be an example for our players. “

"When players leave our program, I want them to have experienced God and to take with them their own personal faith and love for God that will carry them through their adult life."