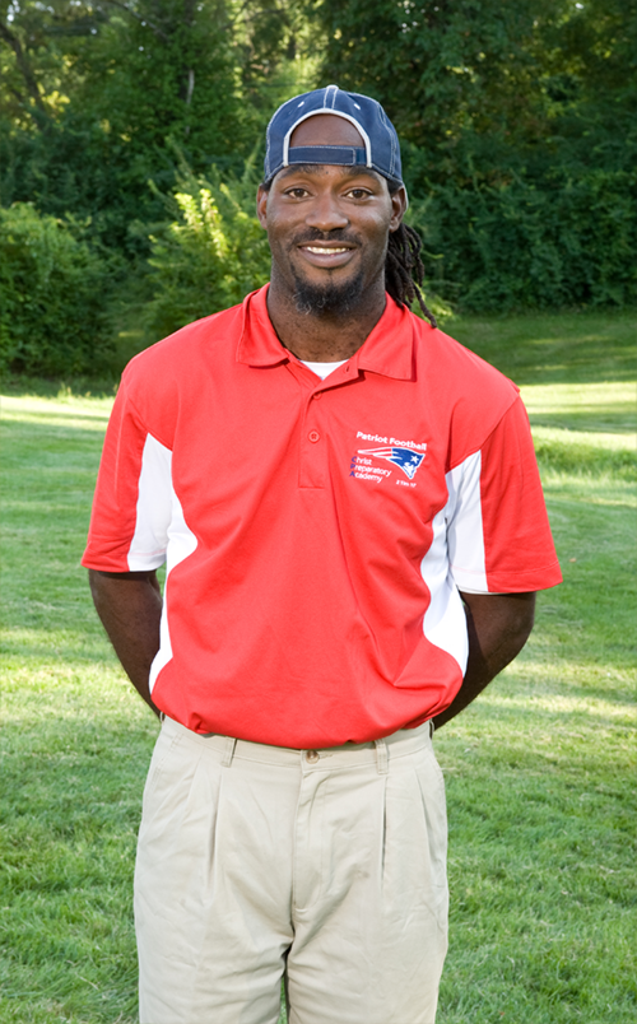 Tyrone Parrish exudes positivity on and off the football field. He fleshes out a life of perseverance for his players. “Never giving up,” is what faith means to him. “I never gave up in life,” Parrish said. “I always pushed through and refused to give up with my faith.” When Parrish was born, his mom disowned him and his dad was in prison. He grew up in the inner city, living with his grandma and 12 cousins in one house. Having grown up without a male role model, he knows how important they are for young men. And he has resolved to step in and give that gift to his players. For five years he volunteered his time with Freedom Fire Urban Ministries, a mission organization in the inner city of Kansas City.  “When the opportunity to coach for Christ Prep came along, I wrestled with God about leaving the inner city, because that was where I felt called at the time,” Parrish said. “But now I can see God’s hand in these boys’ lives."

Parrish enjoys the brotherhood and the togetherness among the coaches and players at Christ Prep. His desire for the players is that, “These boys grow up to be men and never give up.” Football has played a part in Parrish’s personal life as well. A couple years ago after choir practice at his church he was talking about Christ Prep and being part of the football team. A very special young woman named Liz overheard him. “When I heard him talking about football it sparked my interest,” she said. “I grew up in Texas, so football was everything,” Liz said. She asked Parrish about his involvement at Christ Prep and they hit it off and began dating. When she needed clarity about pursuing a long-term relationship with Parrish, it was a Christ Prep family member who provided confirmation for Liz. The sister of two former players ran into Liz at a coffee shop and told her what a positive influence Parrish has been in her family. “She told me I couldn’t have picked a better man,” Liz said. Parrish proposed to Liz on the football field after a home game in 2019 and married as soon as the season wrapped up.

"Growing up without a positive role model and now being able to be one is a plus for me."