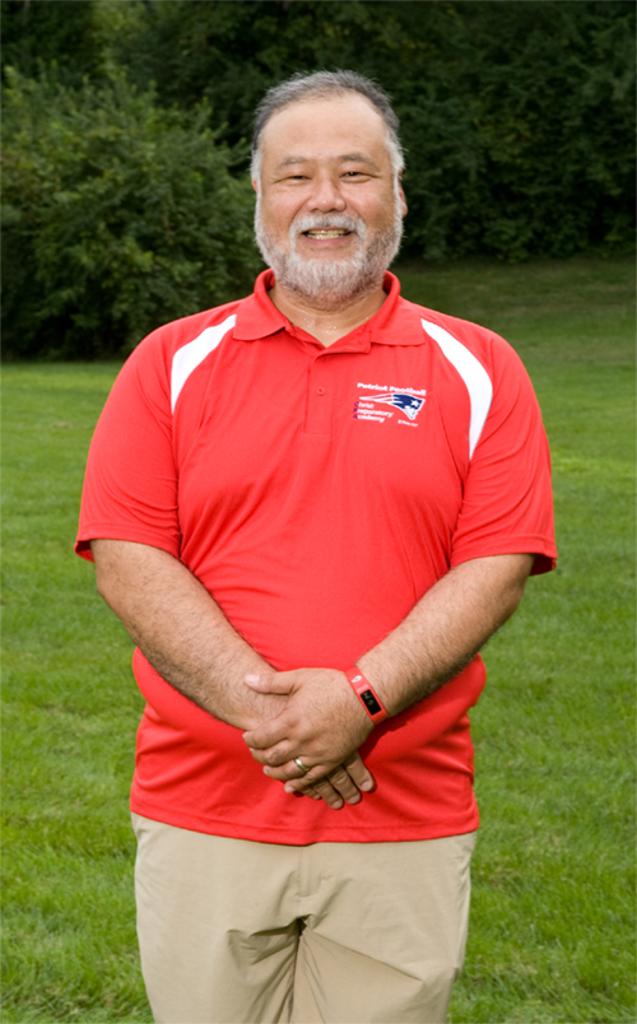 Yoshi Sato he brings decades of experience as an athlete, coach, and leader to our football program. He has coached basketball, flag football, baseball, and full contact 8-man football. He was the Offensive Line and Defensive Line skills coach for the KC East Lions Junior High and High School football teams from 2009 through 2015. When his son expressed interest in playing 11-man football in 2017, he found the Christ Prep program. His approach to coaching flows naturally from his interest in teaching others. “Our life on earth is short and difficult,” Sato said. He’s encouraged by the openness of the young hearts and minds of our players.

Sato has loved sports all his life. Growing up in Japan, he played baseball, Kendo (Japanese Fencing) and track. In the States, he played high school baseball and track, and went onto play football for Northwestern College in Orange City Iowa. Because of his speed, Sato started as a receiver on his first day of practice at Northwestern. But he said the coaches quickly realized he didn’t have good catching hands, so he was moved to the linebacker corps the very next day. The linebacker coach gave him the nickname, “Kamikaze- Linebacker.”

Sato strives to give the best of his knowledge to each team member at every practice. He wants to share what he’s learned with the players so that they can build on it in life and in football. His coaching philosophy is that the game is 90% mental, 10% talent, but always 100% on the effort. “Believe that you are here to win,” Sato said. “There is no other option but to win.”

"So, I want to help others learn about life now and eternal life through fellowship."