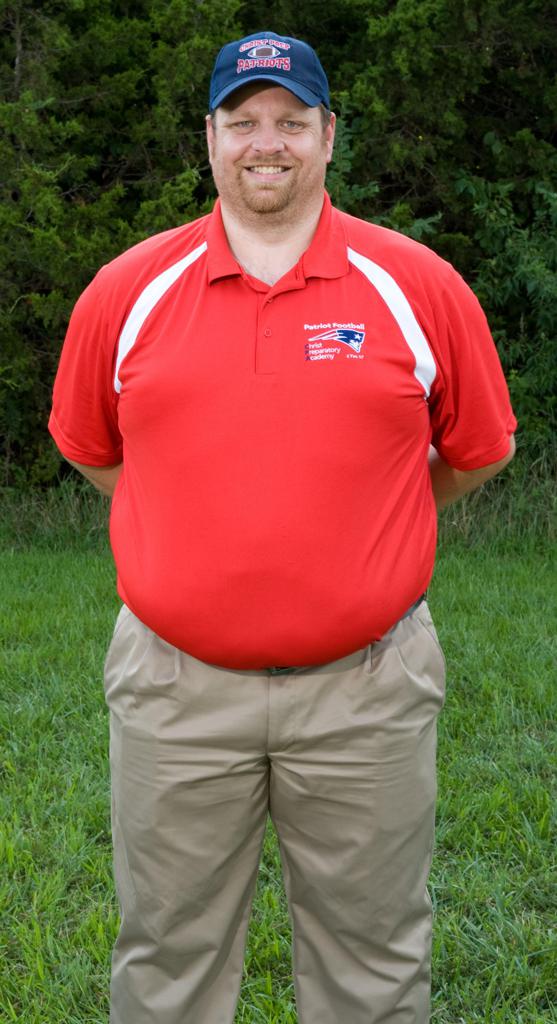 Steve Stone’s wife, Kellie and he have been active parent volunteers for the program since first coming to the team in 2017. You’ve probably seen them helping out everywhere from the trailer to the P.I.T. tent. When Stone learned the Junior High team was in need of an assistant coach, he prayerfully considered taking on the role. As the father of eight children 16 and under, his time is precious. But it’s also evident that he has the heart of a servant.  “I’m always looking for ways I can help the program,” Stone said. “Christ Prep has been a big part of our family acclimating to the Kansas City area. Now that I have the opportunity to give back, I will.

Stone plans to focus on the equipment and administration needs for the Junior High team. “I’ll be able to help the players when they have problems with their equipment,” he said. “And the other coaches can continue with practice.” Coaching for Stone is as much about his faith in God as it is about football. He hopes to help players grow in maturity, both spirituality and in football skills. “Ultimately it’s about seeing growth,” he said. “In Junior High it’s about confidence in who they are. Learning they can actually tackle, hit, and carry the ball will help them develop confidence as players and young men.” Experience builds confidence, according to Stone. To that point, the Junior High coaching staff is working to implement a rotation system to offer all players opportunities to play in games. Stone plans to oversee game substitutions this season. “We really value getting the younger players the experience, helping them learn and grow,” he said. Stone is the father of four girls and four boys. Right now, his oldest son plays for Christ Prep, but he has three more sons in line who might play for the Patriots in the future. The youngest is only two years old, so Stone could potentially be involved with the program for many, many years to come.

"If I can bring glory to God and help the program at the same time, it’s a win-win."