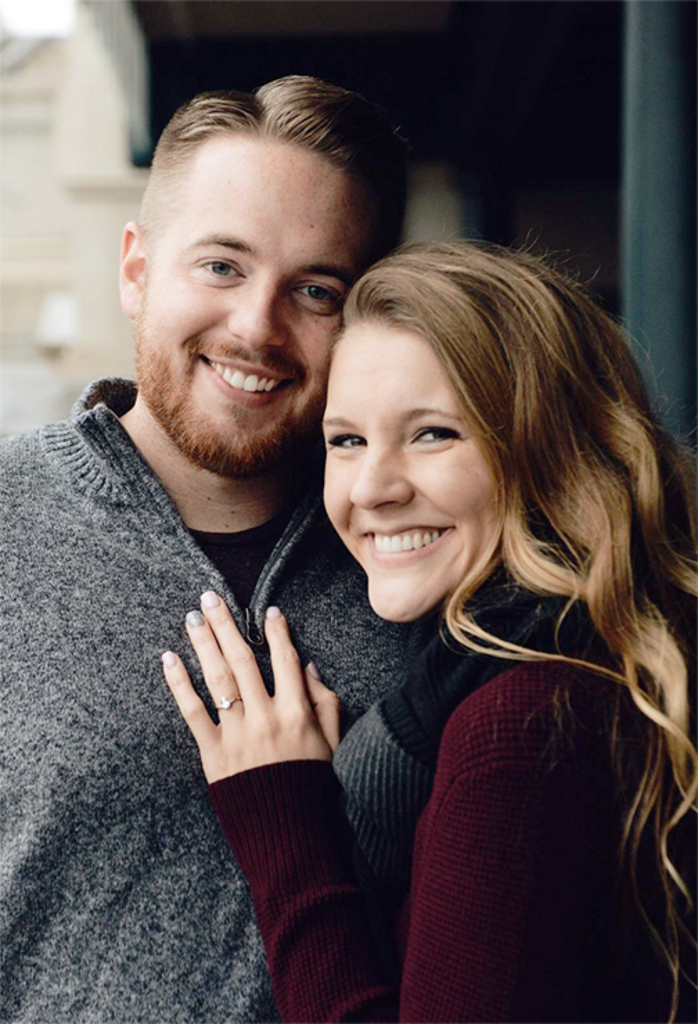 David Schilling played for the Patriots from 2012-2014. At defensive end and left tackle, he was one of the top offensive linemen in Christ Prep History.

He remembers learning from the players who came before him. They really stepped up to fill the gaps, according to Schilling. “When I was a junior watching the seniors, I remember Tim Finley would fill whatever role he needed to,” he said. “That attitude of willingness has carried over into what I do now. I’m one of the guys our company knows they can rely on to fill any role.”

Schilling currently works for JR & Co. in Colorado Springs. The company, owned by his older brother, promoted him to branch manager of the new location in March. He runs operations at the Colorado Springs branch, which includes commercial roofing, tenant finish, sheet metal, and solar installation. Schilling said they do mostly commercial roofing, and renovation of commercial properties. He initially accepted the position as a short-term assignment, but it looks like he’ll be in Colorado a little longer than anticipated, he said. He will likely be there until at least march of 2020.

When accepted to position as branch manager, Schilling said he had just gotten engaged. He and his fiancé deliberated about the impact of him moving away and chose to get married rather than do a long-distance engagement. After a two-month engagement, David and Sarah were married in February. The couple recently found out they are expecting twin girls later this year.

He comes from a large family with five brothers. While David was the only Schilling brother to play football for Christ Prep, his family has continued to contribute to the program. JR & Co. is a long-time corporate sponsor.

As a homeschooler, Schilling appreciated meeting people from different backgrounds when he joined the Patriots. “The guys were like brothers,” Schilling said. “I still talk to several of the guys even to this day. The friendships will be ones that I have for my whole life.”

His best advice to the 2019 Patriots would be, “Don’t take it for granted,” Schilling said. “It flies by so fast. When I was playing, some of those practices it felt like eternity. But I look back and it was just the blink of a moment.”

Schilling credited Coach Jay Geeding with teaching him important life skills at Christ Prep. “He pushed me to step up even when I thought I might not be the best person for the role,” he said. “Playing football for Christ Prep taught me how to take the lead when it’s important.” 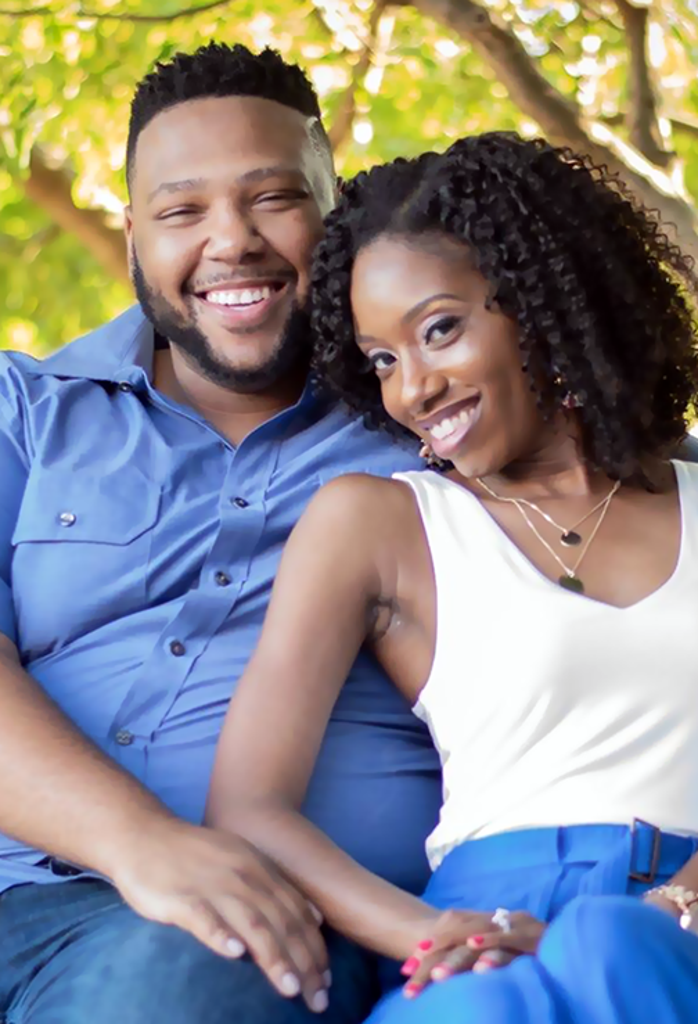 Playing for Christ Prep, Bowls appreciated the environment the team offered Christian student-athletes. “It was a unique opportunity to play football in a competitive, winning program that also upheld Christian values for its coaches and players,” he said. “You don’t normally get that in a football team.”

Bowls said it was great to have Godly men teaching him lessons on the Patriots. “They taught us we could be just as tenacious and motivated and hungry being God-fearing men, and even more so,” he said.

After high school, Bowls played football at Evangel University in Springfield, Mo. He played on the defensive line. “It was a good experience being at a Christian university,” he said. Bowls graduated Evangel in 2012 with a bachelor’s degree in Recreational Management, a minor in Physical Education and a concentration in physical studies.

On April 14, 2019 Bowls married his now-wife, Carla. They currently live in Kansas City, where Bowls is the Director of Parks and Recreation at the Kansas City North Community Center. He said he loves his work. “It’s a great opportunity to serve in the community,” he said. “It’s something I’ve always wanted to do, to program recreational activities for the community.” He creates and runs programs, conditioning drills, classes, and summer camps.

Some elements of playing football at Christ Prep helped prepare him for his future endeavors, according to Bowls. “Football taught me to be able work with my teammates,” he said. “I learned a high standard of excellence—to deliver the best product for the people I serve.”

He said he’ll never forget the 2006 season when Christ Prep moved from an 8-man to an 11-man team under head coach Dick Burton. “We proved everyone wrong, game after game,” Bowls said. He was honored to be part of the team that set the foundation for a Christ Prep 11-man football program.

Bowls said his time as a Patriot reassured his conviction to live his faith out loud. “It was helpful to see the guys who weren’t afraid to live out their salvation while also competing,” he said. “Their belief didn’t them weak, it made them strong.”

Bowls encourages the 2019 Patriots to live out 2 Timothy 1:7. “Be men of integrity,” he said. “Be as passionate about the things of God as you are about football.” 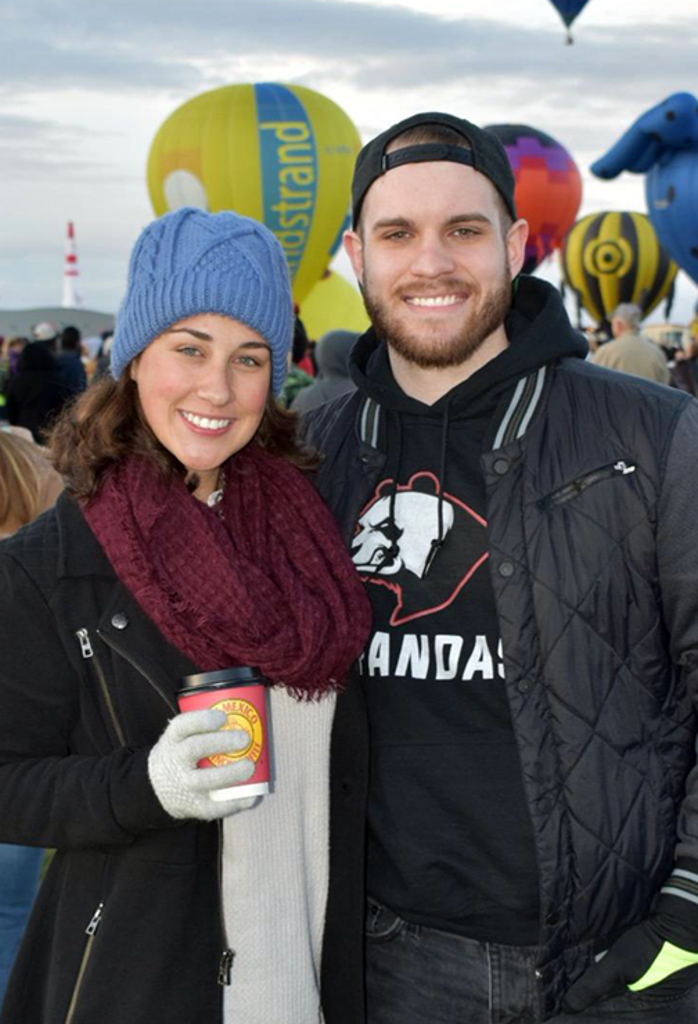 Since graduating from the Christ Prep program, Regan Hurley has continued his upward trajectory. For the 2016 season he came back to help coach the Junior High Patriots team to an 8-1 finish. In his professional life Hurley soared from an entry-level warehouse position to Office Manager at Voss Lighting, Albuquerque in less than four years.

Just this August, Hurley was named to the inaugural class of the Christ Prep Football Hall of Fame as linebacker.

Hurley played for Christ Prep from 2011 to 2013. He played middle linebacker, center, and long snapper.

His most memorable play was an interception against Tomball Christian in the final game of the NHFC tournament in Florida. “I had snapped the ball to Will Cook.” Hurley said. “It was a bad snap, but it got there and he punted it. I ran down the field and forced the fumble, then recovered the fumble. At that point we had been under pressure and I flipped in on its head—Tomball was under pressure.”

Hurley’s advice to the current team is simple: Be tough. “I love telling guys you’re always going to be in pain when you play football,” he said. “There’s a difference between being injured and being hurt. I played hurt almost every game.” The mindset of toughness carries over into all areas of his life, Hurley said. “A lot of times in life you’re going to be hurt and you have to keep going forward. If you choose to push through the pain and sacrifice for your team, it will make a difference.”

His toughness and self-sacrifice on the field translated to some life-long friendships, according to Hurley. “The things I hold onto most now are the brothers that I met playing,” he said. “At Christ Prep I made some of the closest friends I’ll have in my life.”

Playing football broke him out of his shell as far as speaking out and being a leader, Hurley said. “The things that changed the most for me were my spiritual growth and physical growth,” he said. “Now I’m less timid about stepping up and taking action to affect change. I wasn’t a disciplined guy before football. Any sort of discipline I have now is due to playing for Christ Prep.”

In 2017, when Hurley was offered the Office Manager position at Voss Lighting, Albuquerque, he gratefully accepted the offer and relocated. While he likes his job, he said he doesn’t expect to make Albuquerque his home. “It was a little tough when I first moved here,” he said. “Because I didn’t know anyone. Then I met my girlfriend. We’ve been dating over 18 months.”

While no official plans have been announced, Hurley said he hopes to ultimately have the opportunity to come back and coach at Christ Prep again one day.